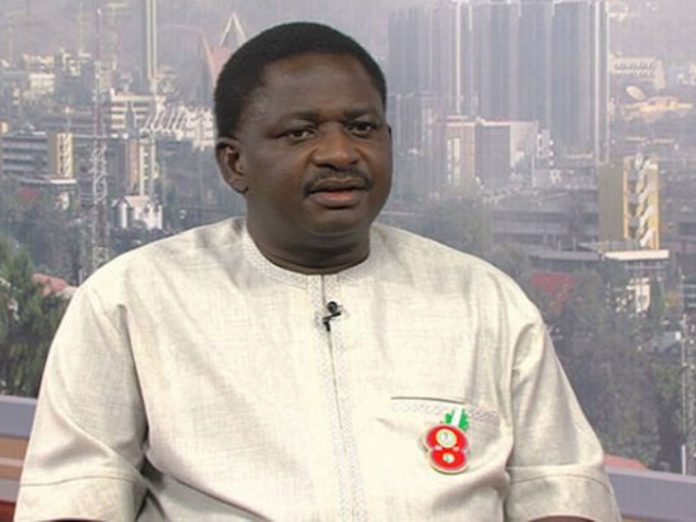 Let me give the background to this piece. I was reading some comments on Twitter early in the week, when I ran into this one by one Dr Ben Gbenro: “Why are some people allergic to good news about Nigeria? You are angry about the test-run of Lagos-Ibadan rail, you are angry about the development in Onne Port, but will eagerly amplify any negative news even if it’s not true. Something is wrong with you and I am here to tell you.”Of course, that comment generated responses, both positive and negative. But the one that caught my fancy specially was by Ayekooto, who declared: “We have got to a stage when GMB achievements can no longer be denied but hated. I hate trains. I hate bridges. I hate rice.”

Very profound. A lot of people can no longer deny the many achievements of President Muhammadu Buhari, particularly in the area of infrastructure, building a new Nigeria, and so, they have decided to hate it. Sad. Very sad.

Nobody can deny that there are very serious challenges in the country, particularly in the areas of security, the economy, and standard of living generally. But that is not all there is to Nigeria of today, and those challenges are being addressed very robustly. That hymn says “behind a frowning providence, He hides a smiling face. His purposes will ripen fast, unfolding every hour.” We will surely see an end to the challenges, if we all work together, and eschew hate speeches. Why then do some people choose to see and amplify only negative things? Why do they choose to remain willfully blind and deaf to positive things? And surrounded and confronted by salutary developments, they keep repeating; what has the Buhari administration achieved? Show us.

You tell them that just last weekend, there was a test run of the Lagos-Ibadan rail project, with brand new coaches that will begin commercial operation before the end of the year.That is happening in a country where we were told we couldn’t afford new coaches when our oil was selling at over 100 dollars per barrel. Now, at about 40 dollars per barrel, we are launching new coaches. Instead of giving credit to a prudent government, they just say; I hate trains. Okay, if you hate trains, what of brand new airports in Abuja, Port Harcourt, Kano, Enugu, and others in the works? There was a time we were said to parade the worst airports in the world. But not any longer. Buhari reversed it in his four years. What do they say about that? They look up, look down, scratch their heads, and say; I hate airports. I’ve never even boarded a plane in my life, and I don’t want to board. Will I ever enter a plane if I’d been killed by bandits?

Okay. You hate airports and planes. What of bridges being built over rivers in different parts of the country, most especially the Second River Niger Bridge, which the People’s Democratic Party (PDP) built with mouth for 16 years. You tell them that the bridge is almost 50% done, and should be completed in the first quarter of 2022. There’s also the Loko-Oweto Bridge, linking Benue and Nasarawa States. It was started by a previous administration, but almost completed now. Like a cornered rat, their eyes dart furtively from corner to corner, seeking a hole to enter. Finding none, they tell you deadpan: I hate bridges. Okay. All those are physical structures. So they want stomach infrastructure. You then tell them of the rice revolution, which has freed us from being a net importer of the product in the world.

You point out that if Buhari hadn’t put his money where his mouth was, and encouraged us to go back to the land, causing rice farmers to rise from six to 12 million, we would have been in serious trouble when COVID-19 struck. How would we have imported rice, with all international borders closed, and no foreign exchange to even place orders? They pat their tummies gingerly, belch after a hearty meal, and then declare: I hate rice.A Cancer Centre has been built and commissioned by President Buhari at the Lagos University Teaching Hospital (LUTH). An ultra-modern diagnostic center also built and commissioned in Kano. And just this week, another diagnostic centre built at a cost of $5.5 million, was commissioned at the Federal Medical Centre, Umuahia, in Abia State. What do they say of all these? “I hate hospitals. May I never need to use any diagnostic centre. It is not my portion.” You join them to say amen, since you don’t have a hateful heart. And you remind them that the largest ever vessel in the country, Maerskline Stadelhorn, with a length of 300 meters and width of 48 meters, berthed few days ago at Onne Port, in Rivers State. That is the biggest ever container vessel to berth in any part of Nigeria. Onne people were delirious with joy, and praised the government to high heavens, because no vessel had come to their port for 12 years, till August last year, under Buhari. You tell the naysayers the positive economic implications, but they refuse to listen. They dive under water, shouting as they go: We hate container vessels. You then take them to Yenagoa, in Bayelsa State.

Just last week, the skyline of South-south and South-East was transformed, as President Buhari commissioned the tallest Federal Government structure in the region, the 17-story Nigerian Content Tower, Headquarters of Nigerian Content Development and Monitoring Board (NCDMB).The architectural masterpiece occupies an area equivalent to four football fields, and has a 1,000 seater conference centre plus a 10 MW power plant. Started in late 2015, now completed, all under Buhari. Engineer Simbi Wabote, Executive Secretary of the agency paid tribute to the resolve, determination and encouragement of the President, that saw the structure to completion in record time. And Wabote, third E.S of NCDMB in its 10 years history, has written his name in gold. Just because he has a supportive President.

Minister of State for Petroleum, Chief Timipre Sylvia, under whose tenure as Bayelsa State Governor the land was allocated for the project, declared: “The commissioning of this building is symbolic in many ways. It shows that Mr President is keen to see infrastructural development in every part of the country…It shows that skyscrapers and other laudable infrastructure can be built in the Niger Delta.”But they say Buhari hasn’t achieved anything. You show them the 17-story building, and as they gaze skyward, their caps and headgear fall off. You pick the cap and headgear, dust and hand them back. And you ask, brothers and sisters, how now? Rather than admit defeat, they pull the caps and headgear over their eyes, and grumbled: We hate skyscrapers. They make us dizzy.At that point, you pity them. You realize that they need prayers. They hate everything good. They hate anything uplifting. They hate development. They hate their country. They even hate themselves.*Adesina is Special Adviser to President Buhari on Media and Publicity
femiadesina.com