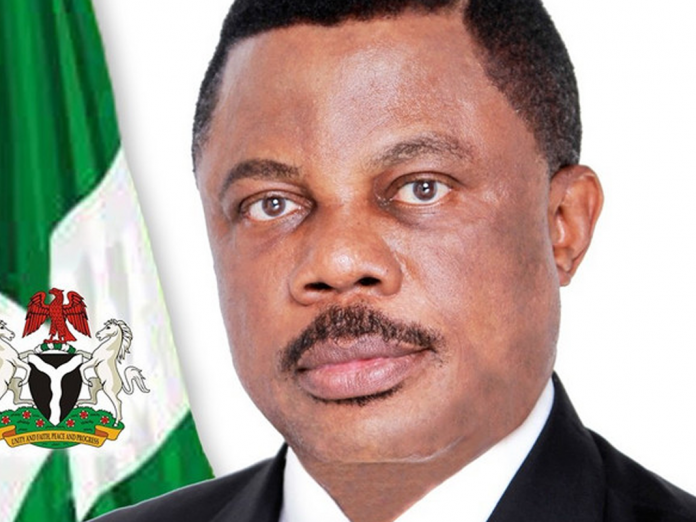 Sometime in 2017, I guess around March, one of my colleagues wedded in Calabar. Another colleague of ours based in Onitsha attended the event. He travelled from his base about a day to the wedding and arrived late at night to Calabar, placed a call to the groom to be who came, picked him up and took him to where he lodged after waiting a while. The guest remarked that the host couldn’t try what he (the guest) did in Calabar in his own territory (Onitsha) claiming that he would have left his waiting point in his singlet and boxer’s short! He made the statement to highlight the level of insecurity in Onitsha where he resided then,( he still lives there till date).

An older friend of mine narrated how early this year while returning from Western Nigeria with his family, they were harassed while held up in traffic by miscreants in attempts to extort money from them.

We still remember the unfortunate Ozubulu church invasion a couple of years back where worshippers were gunned down during service.

Against those backdrops, it was very heartwarming to note the recently launched security initiative, the second phase of ‘Operation Kpochapu’ by the Anambra state government to combat crime through the aid of technology. If the account by Don Adinuba, Anambra State Commissioner for Information and Public Enlightenment is totally true (please permit my expressed caution because politicians do exaggerate on many occasions) , the Smart City Security Project was inspired by governor Willie Obiano’s visit to Massachusetts, United States in October, 2018 where he saw the impressive and sophisticated surveillance cameras from Industrial Video and Control deployed in helping the FBI to identify the masterminds of the Boston marathon venue bombing in 2013.

The striking thing here is the governor’s willingness to import a good thing from a developed country to his state. This seems answer a question I have heard asked a couple of occasion whether our public officials do not see good infrastructures and culture when they travel to advanced countries.

Unfortunately, a lot of people in privileged positions travel abroad see and enjoy good facilities over there but come back home to act to make what we have worse or make it difficult to improve on. How do you explain people in government in connivance with private individuals inflating contracts and also doing terribly low quality jobs? In some instances this projects end up being abandoned.

In the recent past, before the last general elections, I had a very funny experience when the government was doing a road adjacent to the road leading to our place of worship; I and the pastor approached one of the workers to plead with him if they could grade part of our little stretch of the road where the traffic had been diverted due to the state of the major road and the construction. The worker who probably was a supervisor told us that the decision to assist us or otherwise could only be taking by their boss who will show up any moment. We were therefore eager to see the boss.

While we were still there the boss showed up and the man pointed at him, an expatriate and we approached him. Surprisingly he was a man I bought electronic (television set) from in the same town about seven years earlier! Though he denied he was the one, and of course declined to help do anything on the road. We did not even mind paying for the service if we had to. As for the road they worked on, as we speak, it is terribly dilapidated.

Money must have been voted for the ill fated project, most likely ‘released’ but with nothing to show for it. Ultimately, the people are the losers.

Many of these ‘leaders’ take these monies out and lodge in bank accounts in these advanced countries who in turn use the looted funds to make their countries better while ours gets worse.

Governor Obiano should be commended. He should take it further and replicate this gesture in other aspects including education and health. Other governors and people in other tiers of government should also imbibe this culture of duplicating good things and practices from other climes in their jurisdictions. Let me also add that the standard should be equal to or greater than what is copied. If we can patriotically imbibe this practice, foreign trips will become less attractive while capital flights will be minimized.