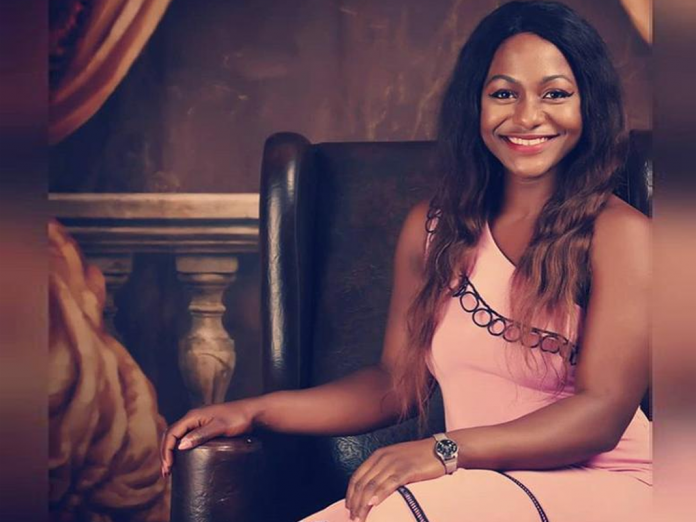 For five months  Eric Ebi Fruebi; my dear husband neither contacted us nor showed up, not even a glimpse of him by anyone anywhere, nor a letter, nor a phone call, nor an sms; no news of him. Nothing! My bed had turned so cold that I became fund of sharing the kid’s room and on some occasions I just slept in the sofa out of exhaustion from the daily hustle. I was tired of praying, I didn’t even know what to pray about anymore; not to mention my children’s endless query concerning their father. His family forgot that my kids and I existed. But that was after their failed attempt to put the blame of his disappearance on me. The only person that cared to check up on us even though for a short while was his paternal uncle. He sent for me once, and the other times he came around to see the kids. But Eric’s mother never took a break from accusing me of chasing her son out of his house. The last encounter I had with my husband’s uncle was when he came to inform me of the reoccurring dream he had been having of my husband drowning in the sea. But I knew my husband was alive; the feeling was so strong inside of me and I just knew he was alive somewhere. Responsibilities were piling up on all sides; the kids, their school, shop, house rent and housekeeping. Business was fair, but not good enough for the financial responsibilities on my shoulders.

Thank God for Lucas, an event planner, a gentleman who walked into my workshop two months after Eric’s disappearance for a cake booking who had since been the channel  of almost all the catering jobs I have done ever since. We became business partners. He gets the contracts; I make the pastries and cakes. It didn’t end there, when my friend started coming for her 150k loan which was part of the money my husband made away with, and I couldn’t pay back, we got into a series of arguments which graduated to a quarrel on one of her visits to my shop, it was Lucas who happened to walk into our fight and loaned me money to pay back and never asked for a refund. He always knew I had kids, but didn’t know about my husband until that very day.

Lucas has been nothing less than an Angel. He became a good friend that my kids gradually grew fund of as he paid visits to our home and bought them presents on a regular basis. Gossips began to cloud up in the air, people said we were sleeping together but my heart had never conceived such thoughts, talk less of executing them. Not because Lucas was not good looking. As a matter of fact, not only was he one year younger than I was, he was a typical definition of cuteness. As far as I was concerned, he would never have an eye on me, never! Those looks were too good for a second-hand mother of two like me. Gossips grew and spread like wild fire so much that my in-laws heard of Lucas and for the first time in four months, my mother in-law and her first daughter paid me a visit as late as 9pm.

Lucas had a wedding party for some big guns, so I had a line of cakes to finish with that day before coming home. I had just finished making dinner for the kids when the startling knock came on the door. I took my time to query the unexpected visitor and when I realized it was them, I quickly opened the door with hopes to either see my husband standing outside the door or at least hear news of him from them. But none of those was the case but I was in for more. My husband’s elder sister landed me a burning slap the second I opened the door, the twins were just standing behind me as their aunt held me by the collar of my blouse and pushed me into the living room while her mother followed.

On recovering from the sudden aggression, I slapped her hand off my dress while trying to understand the situation I was in before further reactions. But she was unrelenting in her aggression; she tugged at my dress harder and gave me another hit so I decided to fight back. It was during this fight between us that I overheard my mother in-law calling me whore and saying several other things that only pointed towards suspicion about my placid relationship with Lucas. That fight came to an end when neighbors gathered in my living room to separate my sister in-law and I before one killed the other.

It took me weeks to recover from that traumatic night, Lucas knew I was not alright but he didn’t need to know the story, so I thought. Besides, that could scare him away. So I didn’t tell him. I needed him, I needed him as I needed air to carry on at that point in my life so I could not manage to consider anything that would threaten or scare him away. I still had months before my rent was due. But I thought I needed to be incommunicado from my in-laws. My in-laws could barge in on me whenever they wanted because they knew my house, so I started house hunting. I didn’t tell Lucas why, but he helped me with the search anyway. Coincidently, his elder sister and her husband had just move to Australia and the bungalow which was their personal property was empty. Lucas helped me talk to them and they said it was okay for me to stay in the house as a caretaker; I didn’t have to pay a dime. Miracle! I thought, God was finally beginning to turn the table for our feasting.

The kids and I grew funder of Lucas. The comfort of our new home alone made me feel more and more indebted to him but never did he give me any reason to. Holiday was fast approaching again and my mother was demanding that the twins come and spend time with her so I obliged. Once the kids left for my mother’s place Lucas told me about a “Perfect Dine” conference for bakers, event planners, and the likes of them. He convinced me it would be a good platform for me to market my baking and business skills.

Though I initially did not plan to attend, he was going to. The kids were away at their grandmother’s place, I thought this could be a good time to change environment and you never know. So I subscribed for this convention in Abuja. We were next door neighbors in the hotel; Lucas got us booked in before arrival. The service and air around that 3-star hotel was second to none. God knows, I had never felt so alive in a very long time. For those moments I stopped thinking and worrying about Eric and his family. My kids were safe with my mother and all I wanted to do was breath and live. The first meeting was held at the first floor of the same hotel in the evening; I met people, socialized and had a lot of fun. Lucas to my greatest surprise had a long chain of friends who attended the meeting too. He made me feel so special every time he refilled my classy wine glass with that cheering smile on his bright angelic face as he called me ‘dear’ before introducing me to his acquaintances.

By the lobby on our way to retire to our rooms for the night, Lucas and I were both tipsy but he kissed my forehead as he opened my hotel room’s door and said goodnight. While he stood there to watch me go in, the hungry animal in me rebuffed, strongly asking for more, I wanted more from Lucas, I needed to feel him and have him feel me too. I had never felt this way for Lucas before now. “Good night” he whispered to me. It was certain now, his voice gave him away, and Lucas wanted me as much as I did him! I pulled him to me with an energy I could not figure, shutting my eyes closed, He stayed and like a starved lion he came for my lips and shut the door behind him. The next time I opened my eyes, it was past seven in the morning and I was locked up in Lucas’s bosom, both our bodies stack naked against each other in a horizontal form! Lucas and I had broken the friendship code. I still fill guilty within me. I trusted myself not to get involved in any illicit affair. I married my husband as a virgin; I kept myself for only Eric even in the face of passes from other men as a single and a married woman. Where do I go from here?