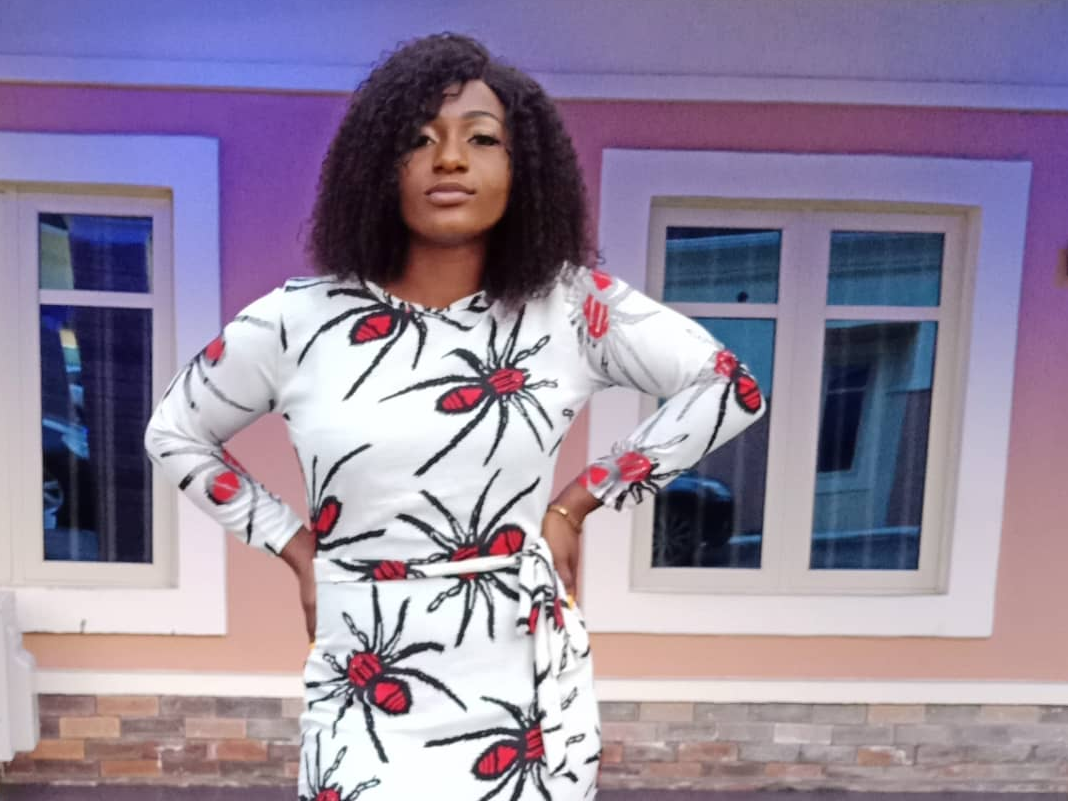 It was almost midnight when I heard these disturbingly resounding knocks at the door. I wondered who it could be, and since I couldn’t resist the strong urge to get to the door as though pulled by an inexplicable force, I gathered myself with courage and went for the door. But at this point, the knock had stopped. I stepped out and to my greatest bewilderment; Eric, my husband was standing outside the front porch! He had a four litter gallon with some liquid content in his hand. He looked so disturbed, haggard, and unsettled. What he wore looked like a prisoner’s wear.  I wanted to run into his arms, at the same time I wanted to curse at him, hit him, push him out; but the closer I stepped, the farther he seemed even though he was still standing in the porch without uttering a word, just steering at me expressionlessly.

He lifted the gallon and began to empty its content around the house and for some strange reason I just numbly followed him around and couldn’t move a muscle to stop him. He lit a match and threw the fire at the fuel. I watched him; I watched as rage welled up in his eyes:  the rage in his eyes grew and deepened into a teary face and just then, I remembered my twins were asleep in the house! So, I ran back in, amidst the flames and heat from the fire to rescue my children……….

I opened my eyes to Lucas’s worried countenance.

A dream, it was just a dream, like the series of them over the past few weeks since our return from Abuja. “Pray! That’s all you need to do now”. I heard a still voice kick at me in whispers but I shot it out as I felt my pulse, and  the sweat that danced its way from my forehead and settled around my collar bone. So many sleepless nights have followed either from insomnia as a result of the dreams, or my avoidance of Lucas’s invasion of my body, since he almost lived with us now.  Spending his days at the office and his nights in my bed!

Everything happened so fast between us, it seemed like I was the only one who had regrets from what happened in Abuja. I felt shame and self guilt; I avoided Lucas for days upon our return but I couldn’t put up for so long since our lives revolved around him: my work, my  accommodation; he was my only confidant but I doubt that part would still be valid since he seemed like a totally different person at that point in time.

I wanted to stop, “this mess going on between us must stop” I said to myself.  Just after each reassurance, the more I drew back, the more Lucas pulled in. Now he wants me more and I I’m irritated, not that he degusts me, no; he’s still Lucas, he’s still that Angel that came into our lives and restored our smiles, but he is not the man I want to lay next to or make love to everyday.

But it appeared a little too late, he had gradually moved in some suit cases and shoes. He even made romantic gestures at me in public, so much that I wonder if this man had forgotten my status. Lucas seems obsessed with me, and I am yet to figure out what to do about this strange obsession.  Maybe I’m being a coward but soon I have to tell him off but what happens afterwards: I have my fears.

“You were shaking; I thought you might be having a seizure, are you okay?” Lucas seemed sincerely worried about me. But what worried me the most that second was the nightmare I just had. Why is Eric showing himself to me? Or is it just my guilt for the dirt I have rubbed on my soul by sleeping with this man? I quickly decided, to tell Lucas about the dreams and my decision to stop what we had going on.

“I have something to tell you Lucas” I pressed, but he countered; the worry on his face gave way to an undiluted joy, then he remarked; “no, yours can wait, I’ll go first. His Excellency’s P.A called. We have the contract”.  It hit me. We made proposal for a contract about two weeks before the conference, and now we have it. We will be planning and catering for the governor’s birthday and wedding anniversary. “This is big!” I gushed. But why, I wondered in my heart, why he chose that moment to break such good news. I was so overwhelmed I couldn’t bring myself to tell him what I had planned to tell him.

He went on to insist we eat dinner out to celebrate the big win. Trouble! Imagine me, drafting my strategy on how to stop the rot, here was Lucas on the other hand building what was increasingly looking to me like a house of cards.

It was at this dinner date at ALASKA, an exotic restaurant that I had one of the biggest shockers of my life: a notification from my Facebook messenger.  Lucas had just made a joke about a woman whose gele (head gear) fell into a wedding buffet while reaching for the dish picker and the laughter of it chocked me when I opened the envelope and read a message from a user “Fruebieric”.

I need you to help me raise two million Naira as soon as possible. My life depends totally on this!

I hate trains. I hate bridges. I hate rice. I hate tallest building East of...

No Snakes in New Zealand!