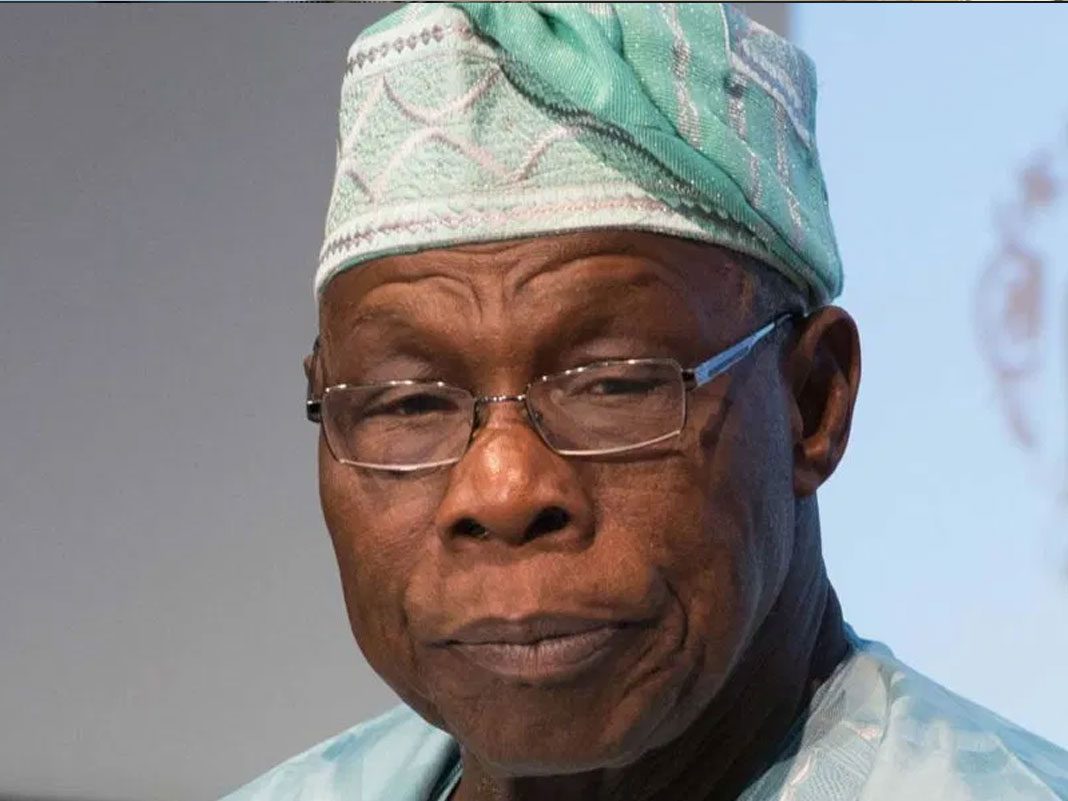 In the past one week, those who think they own Nigeria, and their cohorts, have been making magisterial pronouncements on the state of the nation. What they couldn’t get through the ballot box in 2019, they are attempting to achieve through misinformation, disinformation, malevolence, false narrative, and outright malediction.

Former President, Chief Olusegun Obasanjo, wants us to believe that the country is collapsing, and is now a basket case, with the economy and unity in tatters.

Fine. Nigeria has a lot of challenges. Insecurity. Insularity. Fallen economic fortunes. Rising costs. Huge unemployment. And many more. But are those the only things happening in the country? Not at all. It would be disingenuous, even deceitful to say so. And only the unwary, the undiscerning, would be fooled. And well, including those who choose deliberately to be fooled.

To the applause of ‘sour grapers’ in groups like Afenifere, Ohanaeze, Northern Elders Forum, PANDEF, and some others, Chief Obasanjo spoke, and called his country and its leadership all sorts of names. But am I impressed? No. These were people in the same boat before the 2019 presidential elections. They wanted President Muhammadu Buhari out of office for different personal reasons. But what did they get? A shellacking. Bloody noses, and they went away with their tails between their feet, like a beaten dog. Their boat capsized.

I remember that infamous letter of early 2018, a year before elections, from the professional letter writer. He directed the horse rider (read, President) to dismount, and allow another person to mount. The landlord of the country had spoken, and his word was law.

No sir! President Buhari politely told his former boss in the military. We went to the polls, and the people spoke in a loud voice. The landlord was ejected, thrown out into the cold.
That is why anything Chief Obasanjo says about this government cannot carry weight. It is not a case of accepting the message, and ignoring the messenger, as some people canvass. The jaundice of the messenger can taint and corrode the message, and render it unreliable.

And for the cheerleaders, the different groups Obasanjo spoke to, and who egged him on, they are no better. They all took positions before last year’s elections. They threw in their lots with Buhari’s closest challenger, Atiku Abubakar. They all got beaten together, black and blue. And for all of them, they don’t seem to realize that the elections have been won and lost. Till 2023. They remain in pre-election mode, forgetting that the train had long left the station.

Their strategy is simple. Say so much evil about Buhari and his government, paint him black, confuse and discourage Nigerians, paint the picture of a bleak future, till the people become forlorn and disconsolate. What they lost at the polls, they want to get through some other means, as if Nigerians were fools, incapable of independent reasoning.

The former President says the country is collapsing. I agree. Nigeria is collapsing forward. In diverse ways, under President Muhammadu Buhari, the collapse is in a forward trajectory, despite all the odds.

I love what Temitope Ajayi, a public affairs commentator, posted on Facebook earlier in the week. Under the title ‘When Nigeria Was Not A Failed State,’ he listed atrocious developments that occurred between 1999 and 2007, when Obasanjo was President. His Attorney General and Chief Law Officer of the country, Bola Ige, was murdered in cold blood. A serving Governor, Dr Chris Ngige, of Anambra State, was abducted, and thugs unleashed mayhem on Awka, the state capital, burning and looting for many days. Yet, not a word from the President. Nor any action to restore sanity.

Zaki Biam, in Benue State, and Odi, in Bayelsa, were leveled by soldiers on reprisal missions. Scores were murdered. In Plateau State, which had become killing fields, he called the state chairman of Christian Association of Nigeria (CAN) a fool, a compound fool, adding, “CAN, my foot!” Today, that same man, Rev Yakubu Pam, has been appointed Executive Secretary of Nigerian Christian Pilgrims Commission by Buhari, a Muslim bigot, as they claim.

And more. In his eight years in office, roads collapsed, rail became history, Supreme Court judgments were subject to his personal interpretations, Governors were wantonly removed without due process, yet, Nigeria was not collapsing then.

Temitope Ajayi summed it up this way: “Under the man that is turning Nigeria to a failed state, as at today, work is going on at a frenetic pace on Apapa-Oshodi-Oworonshoki-Alausa Toll Gate road, Lagos-Ibadan Expressway, Lagos-Abeokuta Express, Ikorodu-Sagamu, among others.

“A rail line from Lagos-Ibadan is at final stage of completion. Now that Nigeria is failing, it should be noted that all these projects are in South-West, the same place where the ‘savior’ who couldn’t save himself came from.

“I still struggle to understand the logic of this so-called failed country narrative under the leadership of a man who is doing what his predecessors failed to do, across the entire country, under the most challenging circumstances of low revenue since he took office.”

Thanks Temitope Ajayi, for being so succinct. You nailed it.

And Kurtis Adigba, lawyer, and another good Nigerian, who loves his country dearly, drove the nail further in. Also on Facebook, he posted this week: “For some people, Nigeria is good and doing well only when they are in control of things. They go about sowing seeds of discord and division, and turn round to talk about unity as if unity happens through division and not by coming together.”

Chief Obasanjo talked about the mismanagement of our diversity, saying it is leading to collapse. True? False. Nigeria, since 1914, had been an uneasy Federation. There is hate, mistrust, unkind thoughts, ill will, among the Federating units. If you meet him, kill him. If you can’t catch up with him, poison his footsteps. That had always been the relationship. One government after the other had always done its best to promote cohesion and amity, but hateful things Obasanjo and his collaborators have been saying for months and years divide the country further. They can’t sow the wind, and not expect to reap the whirlwind. When things suddenly go bust, and there’s murder and mayhem all over the place, they are often results of evil seeds of division and hate already sown.

I have concluded that unless Nigerians want this country to work, we would just continue to labor and labor. Government after government would do their bit, but as long as divisive, vitriolic comments continue, there would be no nation in the true sense of the word. Not even after President Buhari leaves office. Adigba puts it this way:

“The next President of Nigeria will face the same problem as President Buhari, if we don’t choose to do things differently and treat the country better. Right now, we see Nigeria as an opportunity, not a country to be nourished.”

Home truth. Nigerians are the greatest problem of Nigeria. We continue to harp on the negative, deliberately closing our eyes to positives. Nigeria is collapsing. Yes it is collapsing forward. Revolution in infrastructure. Roads, rail, bridges, airports, and many others. Corruption is being fought, with verifiable results, insurgency and criminality tackled robustly. The economy is being diversified, agriculture is working, we can feed ourselves. But for the enemies, the country is collapsing. Yes, collapsing forward.

Those who claim to love this country, and pretend to be the landlords, actually may love just themselves, and not the country. Otherwise, they would mind their language, knowing that things they say build up tension and animosity, which eventually boil over, leading to sorrow, tears and blood (dem regular trademark).

We must test and examine our ways, and decide whether we want our country to work or not. There are challenges, stiff ones. But they will be overcome, if we all team up, and eschew evil thoughts and words. “Pray for the peace of Jerusalem: they shall prosper that love thee.” (Psalm 122, verse 6).

May they prosper that love Nigeria, our own dear native land.

*Adesina is Special Adviser to President Buhari on Media and Publicity

Early Discovery Of Your Purpose For living