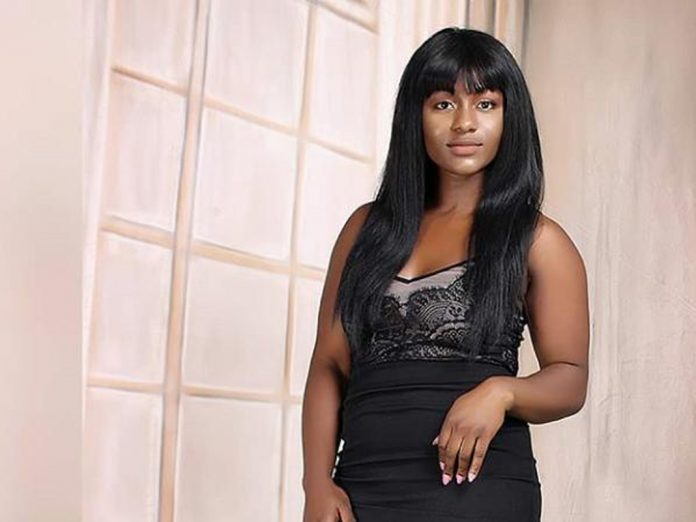 I have exceeded my patience limit. I want to keep holding on but my spirit is failing me. My name is Tina; I was happily married with two kids. I used “was” because for the past one year and eight months, the union that used to be a blessing has now become my nightmare. Five years ago, I said yes to my husband immediately after my final degree exams. He was not only a gentle man; he was a God fearing believer whose faith at the time we were dating often sharpened mine. His job as an accountant was bringing enough to the table even after I had a twin barely twelve months after marriage. Everything was stable and smooth. Fast forward to when he lost his job twenty months ago after an audit was carried out in his place of work (bank) and over a sixty nine percent shortage recorded on my husband’s account. He was immediately suspended and exactly two weeks later he was dismissed from the bank. I remember that day like it was just yesterday, the beginning of my misfortune. My dear husband returned home and ate to his fill, he asked after the kids who were already in bed, and hurried to bed without leading bed time prayers like he always did. By the next morning, he got up before every other person as usual and left for ‘work’ before breakfast was ready and since he didn’t summon us for prayers, I thought it was one of the mornings he woke late and prayed alone just to catch up with work. But this went on for another one week and to my greatest surprise, he got back home on the last working day of that week drunk; a man who had never tasted alcohol since our four years of marriage suddenly arrived drunk! Staggering and vomiting unendingly. My three year old twin witnessed everything and I guess the way they saw their father scared them so much that they began to cry. I didn’t know whether to attend to then or my drunken husband who was almost out of breath.

The next morning he was still asleep when I sent the kids to my mother’s place which was not very far from our house for the weekend, so we can have the house to ourselves to talk about the previous night. I ran his bath forcing him to wake up because I feared he was going to pass on from the sleep! So after bathing, I made sure he ate very spicy soup which helped him sweat and stabilize a bit before uttering a word about the previous night. But he insisted not to talk about it and simply apologized but I persistently pressed until he exploded, throwing the empty dishes at the wall and yelling at me to leave him alone. So I did just that. I was doing laundry later that day when he came to me with a chair, sat and narrated the ordeal of losing his job and the mandate of bill settlement on him from the bank that were already accusing him of fraud and threatening litigation. I didn’t understand anything at that point, but one thing that resounded in my head was the fact that it was a bad time for my husband to lose his job. After telling me all that he was going through, I took his hand, followed him inside and encouraged him with every word of faith that crossed my heart at the time and he seemed to assimilate them, apologized for ever resorting to alcohol.

But friends, that was just the beginning of my misery. My husband came home every other day either stinking of alcohol, acting under its influence or messing himself up! So I have to watch and wash him all night, but I decided not to tell either my mother or his, hoping he would turn a new leaf with time. But the more I prayed and tried to counsel my husband, the more he began to take the frustration out on me, hitting me while I cleaned his vomit, cursing me and cursing God. So I decided to talk to our parents about it.

There would be no food for the kids to eat or money to buy books and pay fees in school but my husband always got home drunk and when he was not drunk he took out his frustration on me. His mother encouraged me, saying he was going to turn around with prayers. My mother sent some financial support to me, my elder brothers too, even when they threatened to come and beat him up! I pleaded with them not to, and the heat got more intense when the police and bank started paying us visits. I decided to leave the house with my kids for some space to think straight and know what next to do with my life.

I didn’t really have a good relationship with God, but I prayed during my time away from him at my mother’s place and heard a voice whisper a business Idea as a pastry vendor to me which I started off almost immediately with the help and support of my brothers and mother. I ran this business for months, got favors and mind blowing connections that I never struggled for. I took care of my kids and myself until I could afford a place for us. But my mother insisted that I stayed with her. Surprisingly, my husband who’s mother or siblings had neither looked for me nor called nor visited their son’s and brother’s children came to my mother’s house exactly seven months after I left him, they said he had been receiving hepatitis treatment for close to a month in a hospital and was asking to see me. I went to see him with the kids and the way I saw him broke my heart, I had no grudge against him or his family, after all , he was still my husband.

Two weeks after I visited the hospital he was discharged, he came to my mother’s place, and though I was not around, my good mother allowed him to wait. He seemed so excited to see me when I came back with the kids. I couldn’t hold the tears back when I saw him; he was a shadow of himself. He went on his knees before my mother and I, begging for my forgiveness and assured that he was a changed man. He said his family found a way to settle with the bank, and that he had recovered. He would find another job and everything would go back to normal. He wanted us back home.

I love my husband and I wanted to give my family another chance for my son and daughter, so I agreed and returned to him with my kids five days after his visit. After our reconciliation, he seemed to be really different. He went job hunting everyday and came home sober, but sometimes there were faint stings of alcohol or hemp on him but since he never acted inappropriately; I never bothered to ask questions. But with time I also noticed the money I brought home was getting missing, from a thousand to several thousand no matter where I hid them, he gets to find out! Until I totally stopped bringing cash home.

The day I asked him if he took my money, I saw that dreaded part of his I thought had died with the hepatitis. He apologized almost immediately and I forgave him. Slowly we began to turn strangers; he started selling my jewelries, my shoes, my clothes and whatever he could lay hands on. But each time I complained he either left the house for me or threatened to beat me up. I couldn’t even go to our pastor since my husband was not going to honor his invitation anyway.

Just last month, the first Monday precisely, he served breakfast before I woke up to leave for my shop; something he hadn’t done in a long time, he even got the children ready for school, just for me to drop them off on my way. After eating breakfast, he sat next to me and begged for my audience, I listened to him, he explained how his hunt for a new job has been fruitless and how he had decided to start off a plumbing material sales business, since it was the business his late father used to train them in school and fed them before he died. “I have a good knowledge of the business and I know it is lucrative”, he claimed. He said to have raised two hundred thousand naira from his younger brother and asked me to help him raise a loan of five hundred thousand naira as soon as possible to start the business.

I gave the five hundred thousand naira to my husband exactly one week after he asked for it and he left the house that day, promising not to disappoint. But as I write this, it’s been three weeks and Eric has not returned home. I have called everybody I know: his friends and family, nobody has seen or heard from him. I am left with a debt of four hundred and fifty thousand naira and two children to cater for. I don’t know what to do or think. But I have had to keep waiting and searching for him, but these days, I feel like I can’t carry on anymore. I feel exhausted but I want to keep living for my children. I hope God will touch his heart wherever he is.

I hope; I can only hope.